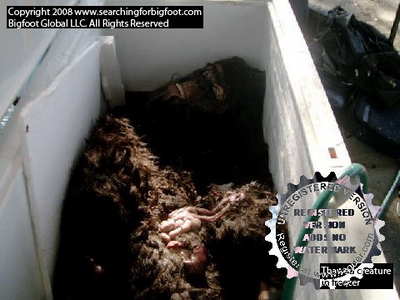 They have found the body of a dead male Bigfoot and caught an �Actual Chupacabra� on video all in one amazing week! Searchingforbigfoot.com has announced they will hold a press conference in near by Palo Alto on August 15th to present their DNA evidence and field questions about the alleged Bigfoot body they discovered in the woods of Georgia, and they also have a cool E-store with Bigfoot mugs! Here are some of the vital statistics on the "Bigfoot" body: from Searchingforbigfoot.com- �*The creature is seven feet seven inches tall. *It weighs over five hundred pounds. *The creature looks like it is part human and part ape-like. *It is male. *It has reddish hair and blackish-grey eyes. *It has two arms and two legs, and five fingers on each hand and five toes on each foot. *Its footprint is sixteen and three-quarters inches long and five and three-quarters inches wide at *The creatures walk upright. (Several of them were sighted on the same day that the body was found.)�
Meanwhile the Bigfoot Field Researchers Organization (http://www.bfro.net) says that this is just another Hoax, with a bad Bigfoot costume placed in a broken freezer.
Then I found this article on Scientific America http://www.sciam.com/blog/60-second-science/post.cfm?id=chupacabra-strikes-texas-town-2008-08-13
Apparently a Texas Ranger has caught a Chupacabra on Video!

Why is this important news to us- well duh, we are half -way done with a Bigfoot movie. In this one River Rock and Skydar come across the majestic legend after eating magic mushrooms while searching for the fabled surf off California�s Lost Coast.

We need to have our facts correct and have the interactions between RiverRock , Skydar, and Bigfoot as realistic as possible. As for the Chupacabra footage, well you�ve seen Surfacabra- we apparently have some re-editing to do. Until we can figure out more facts- I have to go see the new X-Files movie. 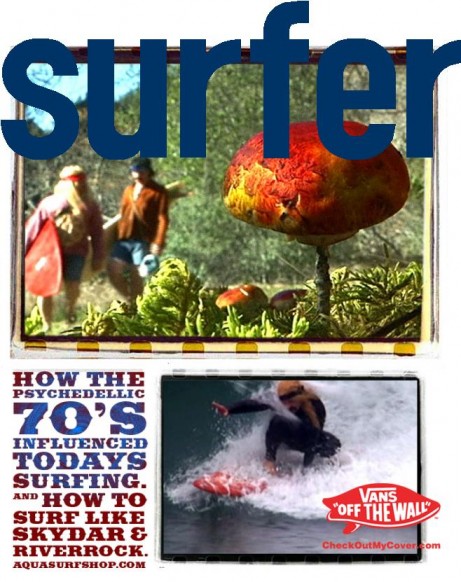 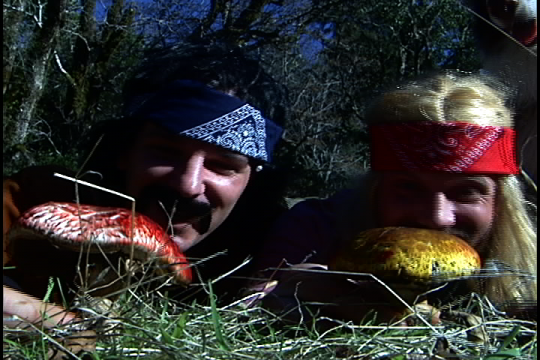 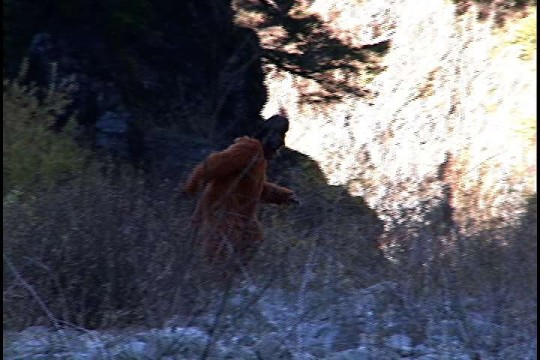 Another Aqua Fashion Show Down.